All tours are led by 100% local Dingle guides!

In mid-summer as numbers grew, Stephen’s tour-guide team was joined by the equally talented Bernie and Paudie Pháid, and Kevin O’Shea and a host of other talented local guides who occassionally lead this “gem of a historic walking-tour”

Their tours have since been enjoyed by individual travellers on the daily walking tours (guaranteed departure) and by international groups from various Tour-Companies from the four corners of the Earth. 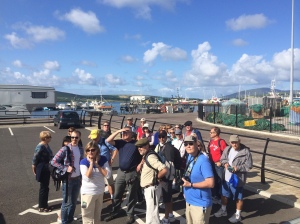 An International  group enjoying the in-depth story of Historic Dingle

“Dreamed up by Stephen McPhilemy”

‘Historic Dingle Tours’ and the concept of  informative and fun walking tours of Dingle on a daily basis throughout the entire season was dreamed up by Stephen McPhilemy, one of Irelands leading Tour-Guides and a Dingle resident (although originally and proudly from Donegal in the North, another Irish beauty spot remarkably similar to Dingle and West Kerry).

Stephen has been bringing groups of international visitors to Dingle and all around Ireland since 1996, primarily in his career as the senior Tour-Guide with his mentors company – Rick Steves Europe Inc. 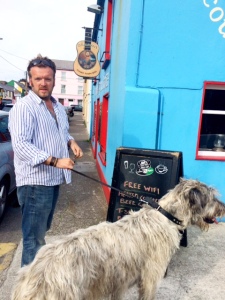 “Despite being full of history… there was no daily walking-tour with guaranteed set-departures for the public to enjoy.”

On his tours round Ireland, always a highlight for Tour-Members is connecting with local guides by enjoying in-depth historical walking tours of the towns in which they call home. Historic towns like Dublin, Kinsale, Waterford, Galway, Derry, Belfast etc etc all had their story told eloquently by local guides organised by Stephen.  But not so in Dingle. Despite being full of history and tour-guides, fascinating old buildings and splendid local characters, there was no daily walking-tour with guaranteed set-departures for the public to enjoy. Stephen found himself having to provide the insight into a town, that he now calls home but that he cannot possibly know as well as someone born and raised among the characters and culture of Dingle.

One day, during a conversation with veteran Tour Coach-Driver Dennis McArdle, both agreed it was quite odd that Dingle didnt have a walking tour for Stephens groups. Eureka.

After a morale-boosting and supportive conversation with award-winning Tour-Guide Barry Maloney, of the famous Historic Stroll of Kinsale, Stephen approached his local friends and Tour-Guide colleagues,  with the idea of joining him to assemble a team of hand-picked eloquent local characters who took pride in their town and knew its history inside-out, but who most importantly enjoyed sharing this knowledge with enthusiastic visitors, hungry to know more about Dingle.

Over a Murphys Ice-cream, it was agreed that:

1. Tours would run each day from the Fungi statue regardless of weather and how many people would turn up.

2. We’d need a team of both male & female guides to help us

3. Ideally, our Guides will be able to conduct tours ‘as Gaeilge’ also, in homage to our native Irish language

4.  We will enthusiactically help visitors (General Public & private Groups) love Dingle as much as we do!

Since then we have gone on to bring quite a few content visitors and international tour-groups on our Historic Dingle Tours gaining global recognition and getting some very positive online reviews! 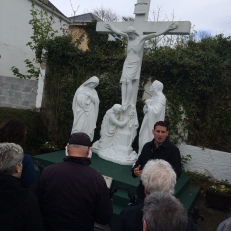